That will never work 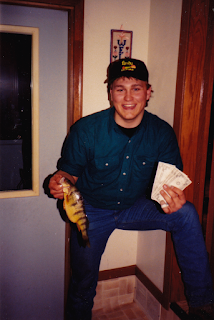 A hundred years ago when I was in high school I had an opportunity to go on a skiing trip. Now I thought this was a completely awesome opportunity, due to the fact that it was one week after MY spring break. Meaning,  I would get two spring breaks. Not a bad idea at all. There was one thing getting in the way, money-that’s right money. I needed some. Every year I worked all summer and had plenty of spending money all through the fall, but by March, cash was not necessarily readily available. The youth group I was attending, saw this very similar problem with more kids than just me and came up with a fundraiser. They planned a bowl-a-thon. You know, go out and get pledges for each pin I could knock down to raise money to go skiing. For me this was a bigger problem than the money. The fact that I bowled so badly that I would have never raised enough money to go, was the least of my worries. I just couldn't get over the fact that I would be asking people for money, so I could go have fun skiing. I needed a better option. While I was considering my options, everyone, youth leaders, parents and friends were asking/telling me to either go bowling or take my name off the list. Then I figured out the way I was going to pay for the trip. It was perfect. I could do what I was good at, earn my own way and have extra spending money. I was so excited to have finally figured it out. But when I told my youth leader that I was going to fish an ice fishing tournament to pay for my trip, I heard it for the first time, “That will never work”. “You gotta be kidding me, what’s he know?”, I thought.

These four words cut to the heart when used in the wrong context. I see so many people wandering through life empty because of the way these words have been directed to them as they grew up by the people they love and look up to. Now, because I know someone is reading this with a hyper-critical, pessimistic world-view, thinking to them self, “What if it won’t work, what if they could get hurt, what if they have unreal expectations,  what if                        ”. To you I am saying, “take a deep breath and quit taking things out of context.” In fact, you may be the very example I am talking about. The person whose vision and ability to explore was robbed from them because of these four words and others that have the same damaging results. There are times to use these words. Like the time a college roommate was going to mix some cleaning supplies that would have ended us all. Or when someone is hooking up a vehicle wrong to pull it out of the ditch. What I am talking about is when these words are used to condemn creativity and the pursuit of someone’s identity. This happens when parents, coaches, teachers, guidance counselors, pastors and others are shortsighted, only looking at their own history and not the capabilities and opportunities of the person in front of them.

I was frustrated but not defeated. I did however keep my mouth shut and not share my plan with anyone else, including my parents. The night before the tournament and the bowl-a-thon, I asked my mom to borrow $20 for the entry fee and bait for the next day. She gave me a crisp, new $20 bill and she asked me if I really wanted to go fishing instead of bowling (she knew how badly I wanted to go on this ski trip).  I confidently told her it was taken care of and I could fish and go skiing…no bowling required.

The irony to this story is when I was on the lake and all set up, I had multiple friends and other guys I knew stop and ask why I was fishing where I was because “there’s no fish here”. I remember thinking to myself, “really, is everyone narrow minded and pessimistic?”

I went home that night with enough money to pay my mom back, go on the trip and have plenty of spending money. That’s right, I won…in two categories. Not only that year, but through the rest of high school. I fished to go skiing each year.

This isn’t a fishing and skiing story. It’s not even a story about me. 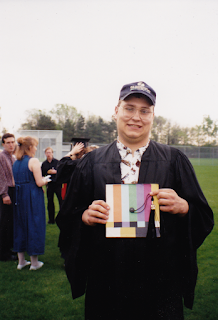 I could tell you countless stories of these words - “THAT WILL NEVER WORK”. In my life I heard these words in: how I chose to go to college, how I got my first job, how we raise our kids, and more. I hear these 4 words all the time and witness their misuse and destruction almost everywhere I go.

We are called to build each other up. We are called to raise kids the way God made them. To do this we need to stay away from these four words, learn who people are and focus on learning together instead. We need to work with the people and opportunities that are in front of us, not the history and heartache that is behind us. I make sure everyone I work with knows that, “the key to success is failure and not repeating our failures.”

We all have a choice: look at what won’t work or take the time to learn who somebody is and figure out what support they need to reach their potential. You might just be surprised at how well it does work.

Posted by Geremy Olson at 10:00 AM No comments: