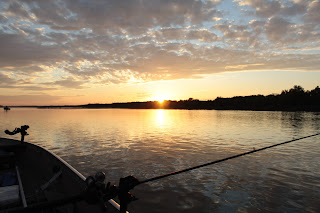 There has been a lot going on over the last 5 years and even more over the last 12 years since I got hurt. The kids are growing up and next year the oldest is heading off to college. As a family we have had a lot of fun, worked though a bunch of hard times and made a lot of memories. While doing all of this I have been learning how to deal with growing nightmares and PTSD related to the fire accident and the recovery from it.

This last summer we had more fire than usual in the western states, meaning I was away from home more than usual. I love working on an incident management team because I am able to be myself and use the gifts God gave me to serve others during some of the hardest times of their lives. What made this summer unique is that I was in a season of life where I was broken and hopeless. I wasn’t sure how I got there and I was desperately looking for a way to get out. Little did I know, this fire season was what I needed. I needed to “find my song”.

Back in high school I was at a retreat and the speaker talked about “your song”; the thing in each of us that makes us tick, the thing that makes each of us different, the song that tells the story of what God is doing in and through each of us. I remember saying to myself “that’s cute”, and am pretty sure I never thought about it again until this summer. One night in central Montana this summer, I was evaluating life while gazing at the stars with all their brilliant beauty while the entire western horizon was glowing red with fire. As I lay in the back of my pickup watching the stars it started to make sense. As I laid there I realized I not only stopped singing my song, I put it in a box and lost it.

What I realized is that I lost my song because I started listening to a group of people around me without questioning if their input was valid. They picked apart my podcast list, the music that spoke to me, mentors in my life, my life experiences, the books I was reading and even what I was learning in my personal Bible studies. Looking back I realized it was easier to stop listening and reading what I needed than fielding all the personal opinions of those around me. The natural progression was then to give up who I was for the same reason. The end result is “I lost my song”.

It wasn’t until the long summer out in Montana, where I got to be me without this group’s influence, that I found my song again. I had given up who I was for a group of people who are willing to naively sacrifice others for their own dreams, a group of people that asked me for my help, but really wanted me to do what they wanted at my expense, people who are impatient and willing to take every shortcut to get to where they want to go. I did this because they asked for my help and their dreams were and are the same as many of mine. But unlike working on a fire team, they are unwilling or incapable of working as a team, a team with mutual respect, a team worried about each other before yourself, a team that realizes that you don’t sacrifice another for personal gain, but you sacrifice together to save lives.

I am not laying blame on these people for what happened, it was me that gave up who I was for them. It has been a hard lesson to learn. Most lessons have a sting to them. Like most lessons, however; it has been rewarding to see what happens when you live them out. A good friend unexpectedly passed away this last weekend and is the reason for this blog entry. Because I learned this lesson, we got to spend some much needed time together before he passed away. He and I talked about spending time together for four years but could never seem to make it happen because both of us were guilty of putting other people’s agendas before our call. Fortunately we were granted the chance to spend some great days in the boat together, gaining insight and wisdom that I would have lost if I hadn’t learned this lesson. Don’t give up who God made you to be for other people. It is hard to live with purpose when you give up who you are. It is impossible to go where God called you if you get off the road because of everyone’s personal opinions. So what is your song, your story and your call? Don’t be hindered by others, sing it, tell it and share it without apology.

Keeping the Fun in Fishing

The day started out the way you can only dream of for a fall fishing trip. It was an early morning with temperatures in the mid 30s, steam just pouring off Lake Sakakawea in North Dakota and we knew we are coming home with limits of fish. After getting to our spot we drop the jigs in the water, bang had a fish right away. For the better part of an hour or so we caught fish, hooted and hollered and just plain old had a good time. And that's when it happened, another boat came to the “community hole” we were fishing at and they could have changed everything.

The new boat was way nicer than ours, the rods were way more expensive than ours and from the looks of it the two gentlemen had way more time to fish than we did. But we definitely had something in our boat they did not have in theirs. And that was fun. What's interesting is that these two guys were catching just as many fish as we were, they just weren’t catching the fish they wanted to catch. In fact, if we weren't careful these two could've easily ruined our day of fishing. Because instead of laughing and having a great time together on the water they were complaining and swearing about how bad every fish they caught was, how stupid every fish that took one of the lures was. For us it probably wouldn’t have been so bad, in fact, I probably wouldn't even be writing this story if these two gentlemen wouldn't have been so close that they could probably have grabbed jigs out of our tackle  box. Which made it almost impossible to not hear every complaint about every fish that they encountered.

I'll admit that my initial reaction was to look at my buddy Mike and whisper “I'm writing a blog about these two”. I couldn't wait to get home and start talking about how these two guys could be out fishing on a beautiful fall day and literally do nothing but complain. However it's not because I want to make fun of these two guys. They just happened be great examples of what we all end up doing as part of our day-to-day lives. We love to make things more important than they really are and lose track of what is important. When it comes to fishing, one of the most important things is to have fun. Now that doesn't mean we don't encounter hard times you know like the nasty rainstorm on the one day you get to go fishing or the boat breaks down at the most inopportune time. But that doesn't mean we shouldn't still have fun.

When I look back on life, it’s amazing all the lessons I've learned and all the people I've met because things didn't go the way I thought they should. That's the trouble with great expectations, we miss out on not only a lot of fun, but also a lot of great people and even more life lessons. That's why I love taking my kids fishing. It's the perfect way to have fun together while enjoying nature's beauty and most importantly not having a clue what’s in store for the trip. Fishing gives you the opportunity to head out with a plan and still have fun regardless of how things go. Like great stories you get to hear when you sit in a small café with a bunch old timers when you get rained out. Or all of the new places you get to find when your fishing spot is taken by somebody else or the ice is too soft to go pike fishing in the spring. Or as Mike and I learned, it’s not worth getting grumpy because somebody was fishing to close or complaining the entire time they were too close.

That's why it's important to keep your perspective. We go fishing to see what we can accomplish to see if we can outsmart the fish and most importantly have a new story to tell later. And regardless if you're a weekend warrior or a professional angler working hard to earn a living, we're out there to enjoy life. So next time you're on the water, remember why you're there, share some time in the boat with your friends, enjoy the company of the boats next to you, appreciate the fact that every fish you catch is more than the one the guy sitting at the office or at home is catching. At the end of the day, Mike and I didn’t catch the limits of fish that we knew we were going to catch when we started out but we sure did have fun trying.
Posted by Geremy Olson at 4:44 PM 1 comment: